Featuring Our Artist in Residence

The Vendue is the first hotel in Charleston to feature an Artist in Residence program.

Fred Jamar is the second artist to utilize our working studio located in the lobby area of 26 Vendue. Born in Belgium, Jamar has a past painted with vast diversity, working as a Military Police Lieutenant and at a European branch of JP Morgan before dropping everything and moving to Charleston to become a full-time painter. His recent work has been dominated by Charleston cityscapes. Not interested in meticulous strokes, he paints very freely, seeking to capture the feeling of a place over the exact look.

Our Artist in Residence space is open during daily tours, with weekly appearances by the contracted artists during the Manager’s Reception. We invite you to stop by and meet Fred and watch him create some wonderful pieces of art. 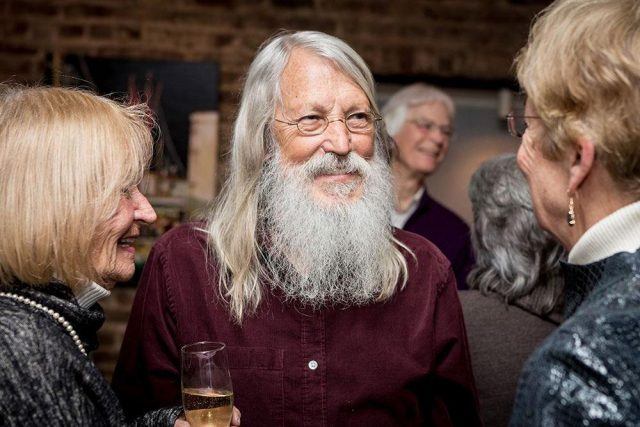 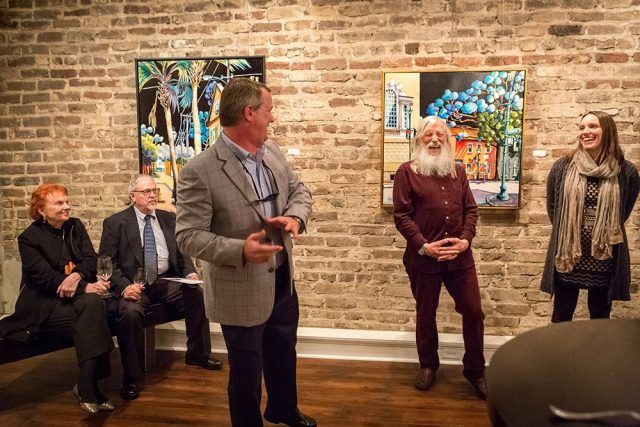 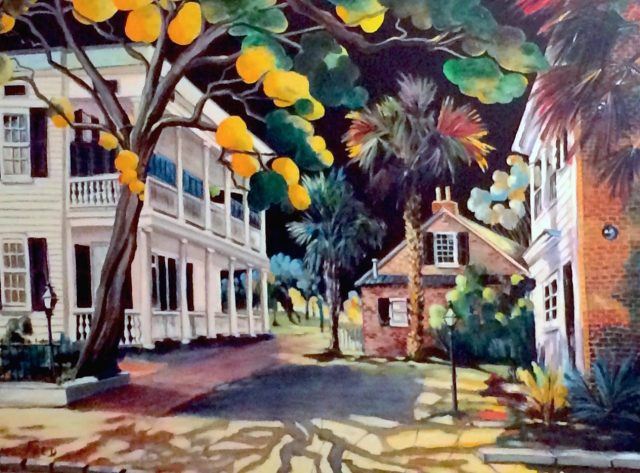 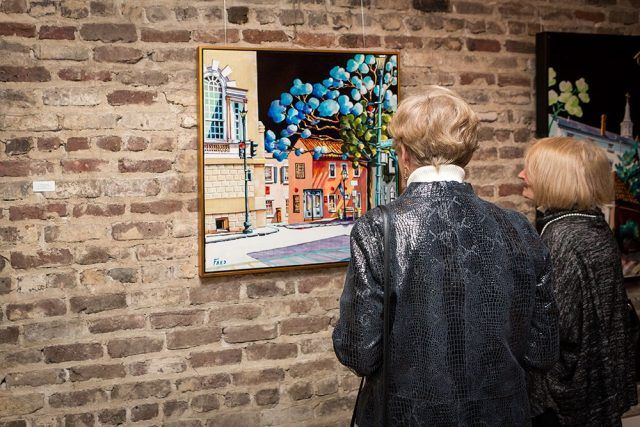 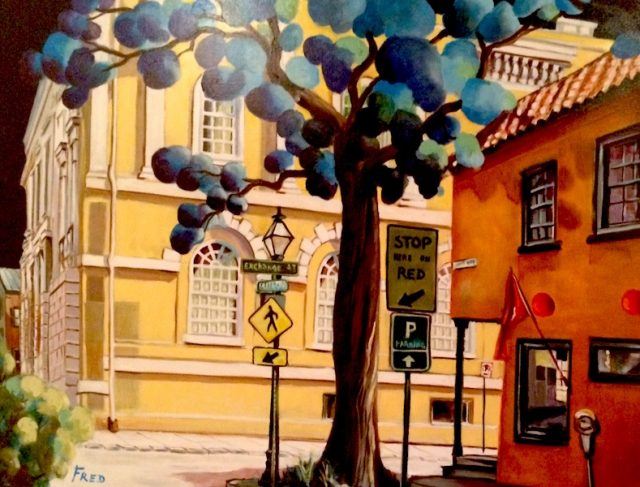 Initially the plan was to bring in a new Artist in Residence every three months… Fred has been with us for two years now. His spirit and artwork has been a perfect match for The Vendue and we truly cannot imagine the program without him.

Fred Jamar says, “Like many of you, I have been many things: A boy scout, a college student, a military police lieutenant, a lab analyst, a merchant marine officer, a bank vice president and a painter. Like most of you , I have well enjoyed these things but should I be given the opportunity to start my life over again, I would concentrate all my energy solely in one direction and be a painter.”

Fred Jamar has brought a new infusion of intellect and energy to Charleston’s art scene. Born in the village of Stembert in Southern Belgium, near the site of the Battle of the Bulge, he has been a world traveler through most of his adult life.

After graduating with honors from the Belgian Maritime College – he was valedictorian – and three years at sea, he studied finance. With an MA-equivalent degree, he joined J.P. Morgan & Co, where he helped to found a clearing house for Eurobonds in 1967. That organization has grown from its initial cadre of five to become a European bank with over 2,500 employees. Staying with Morgan, Fred worked in a sector focused on global credit exposure – a crystal-ball activity analyzing nation-by-nation and industry-by-industry credit risks. He covered the globe. He has lived in Brussels, Paris, London, Frankfurt and New York. There are no continents and very few countries he has not seen.

In the early 1980’s Fred was based in the United States, and chose Kiawah as a favorite family vacation spot. That led to a solid acquaintance with Charleston. When the time came to take early retirement in 1997, he chose to settle here “in the most European of American cities.”

Central among Fred’s many interests is a lifelong love of painting.

When he was a small boy, his mother would sometimes paint little floral scenes and give them to her children. he also had a neighbor who created backdrops for theaters. Stimulated by these and other examples, he developed a great zest for artistic creation. As a child, he would paint on bed sheets, on cardboard, anything flat. In the Merchant Marine, he used discarded tarps from the engine room. To this day, he enjoys process more than product. The smell of the oils and turpentine, the texture of the canvas, sensuality of brushes and paint are more important to him than any result.

His favorite medium by far is oil. He likes to experiment with new textures and techniques, sometimes putting brushes aside in favor of a knife or trowel. He typically composes as he applies the paint, with perhaps just one or two lines penciled on the canvas to guide him.

He is enormously prolific, with over 90 works completed in the past year alone. He is also successful. Fred has had several solo exhibitions at local galleries, and has been selected as an exhibiting artist with the Charleston Artist’s Guild. In 2002 he won the Cooper River Bridge Run Design Competition, which greatly expanded his regional exposure, and was juried into his first Piccolo Spoleto exhibition.

His recent work has been dominated by Charleston cityscapes – not seen, however, with the traditional eye. The sky is generally very dark, inky “Prussian” blue, and starless. The trees are assembled color masses, balloon-like in appearance, and the buildings are intensely vivid in form and color, an impression heightened by the overhanging darkness. The paintings are bright – but also lonely. The mood is stock still. Most have no human or animal figures. It is as if Edward Hopper painted an abandoned carnival at 3:00 A.M. They are brilliant.

The Vendue’s newest exhibit, GLOW, celebrates all things vibrant and bright. Over 20 locally and nationally represented artists have each created a work of art.

There’s no shortage of complimentary amenities at The Vendue from our artisanal continental breakfast to bicycles for exploring Charleston. You’re sure to find unexpected perks at every turn.

Browse a collection of carefully crafted hotel packages to create a unique Charleston experience. We also feature special offers throughout the year.

Voted a top 5 hotel in Charleston